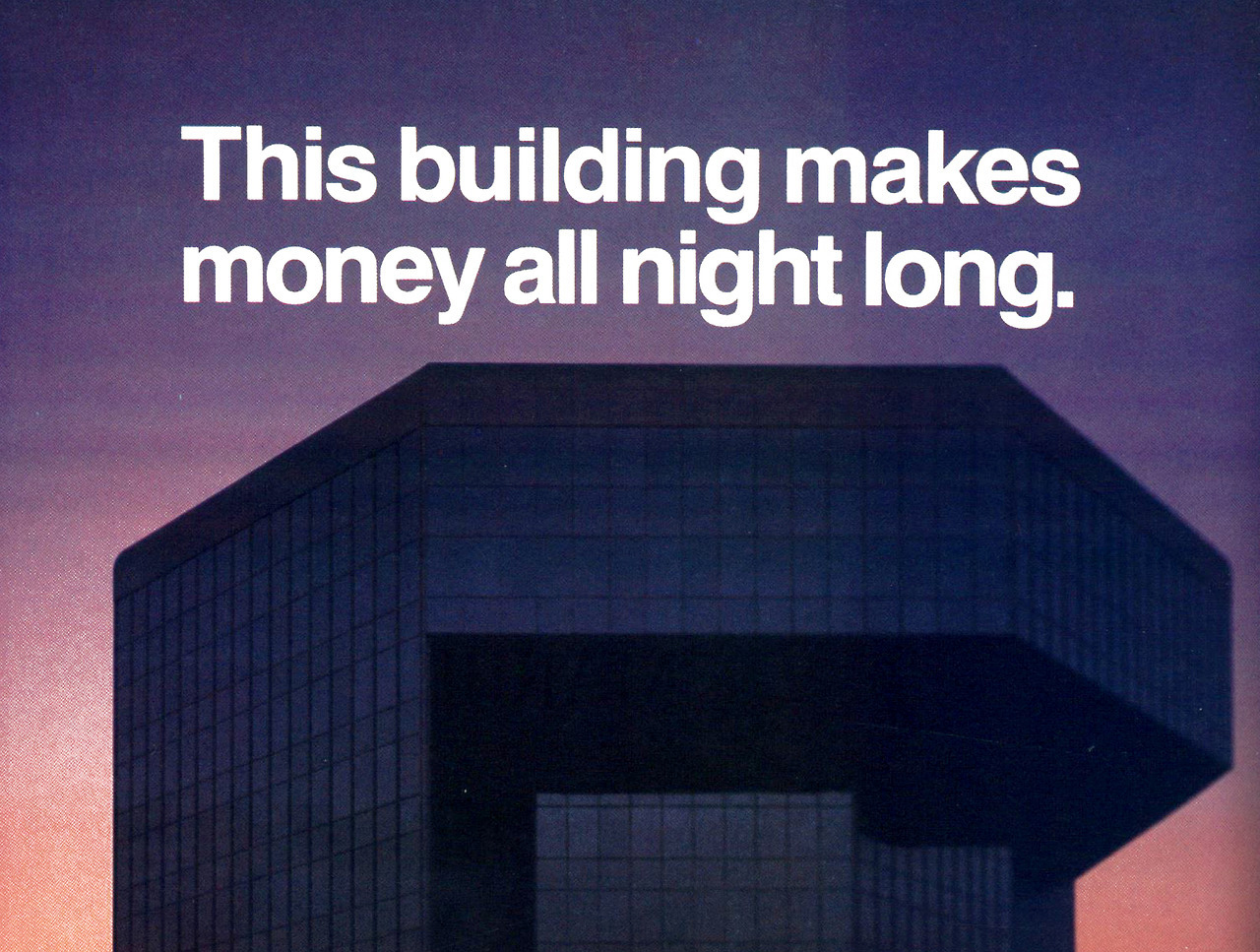 In the era of the Internet every image is an advertisement. Almost every architect contributes to the limitless overabundance offered by social media by sharing instantaneous personal archives, student projects, and their own work. Each image is a miniature manifesto shared with the broader public, circulating freely and endlessly – they shape and identify the work of architects, they track and create lineages and alliances, and they also begin to form and transmit sensibilities, ideologies, and aesthetic preferences, both individually and collectively.

Strictly speaking, Archive of Affinities as a “site” is an Instagram account, a Tumblr blog, a Twitter feed, and a single folder on a hard drive. All four contain versions of the same collection displayed in different ways. 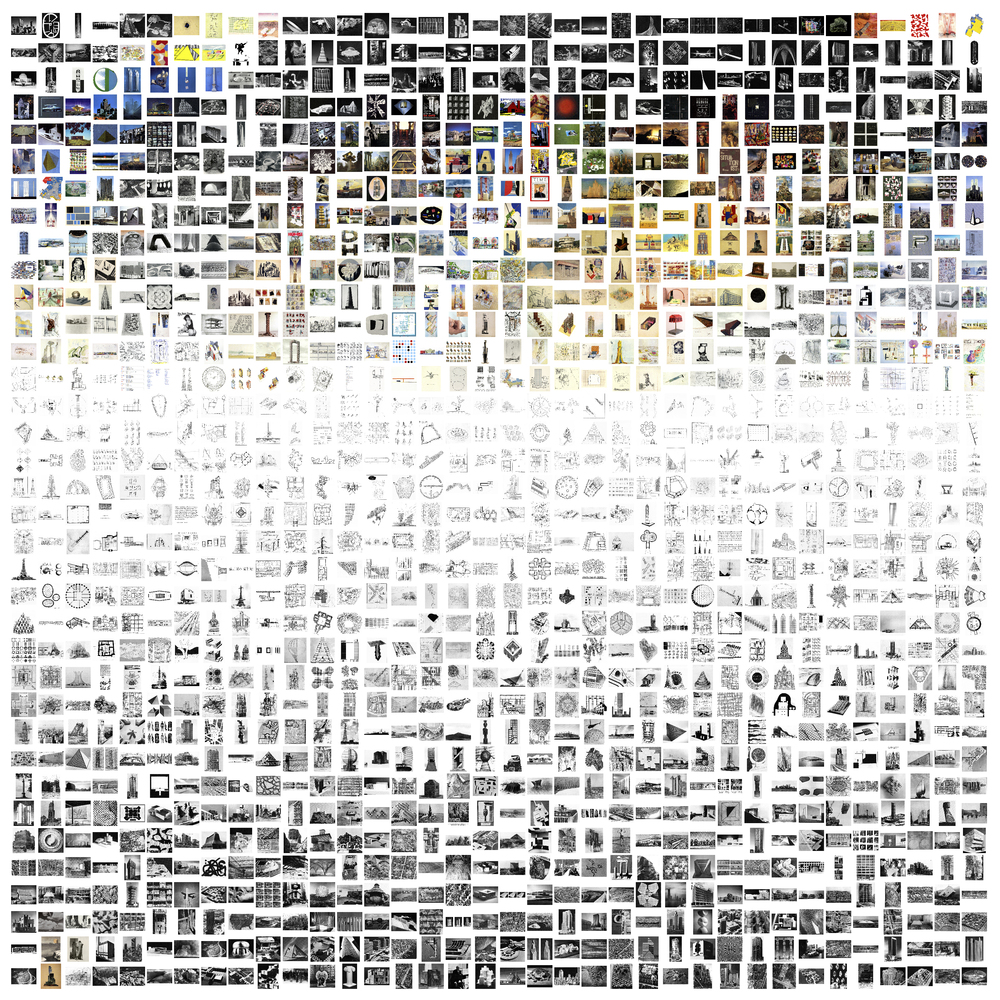 The archive is a constantly updated collection of architectural images that exploits the dual meaning of affinity: personal predilection and the resonant relationship between images. If the canon of architecture is a solar system, Archive of Affinities strives to be a galaxy. If the canon is limited and exclusive, this is expansive and inclusive.

The project began because it was difficult to find obscure images by architects on the Internet. At the same time, it is also an endeavor to discover architectural works that are not immediately part of current architectural discourse. Archive of Affinities is similar to, but different than, an image bank. An architect’s image bank is a way to gather inspiration and measure their output with that of the past.

There are three general steps to the production of the project:

The search occurs in a state of controlled randomness. The search is not specific or based on individuals, theories, or movements. The material that eventually makes its way as part of Archive of Affinities is the result of an incremental process of drifting and browsing through old media.

During the search, architectural images and objects are selected based on their qualities. The qualities vary in size, form, shape, mass, proportion, character, posture, figure, organization, distribution, color, recognizability, and so on. The materials selected may appear to be wholes but are to be understood as fragments – extradited from the baggage of their original context and placed into a reserve where they wait to be redeployed in a new one.

Once images and objects are selected, they are scanned. The scanner is a leveling device for all gathered images and objects. The material that has been tracked and hunted is equalized first by scanning and then by archiving. The original context is erased. This record of scanned and archived images is not an end itself; it is material waiting to be mobilized. 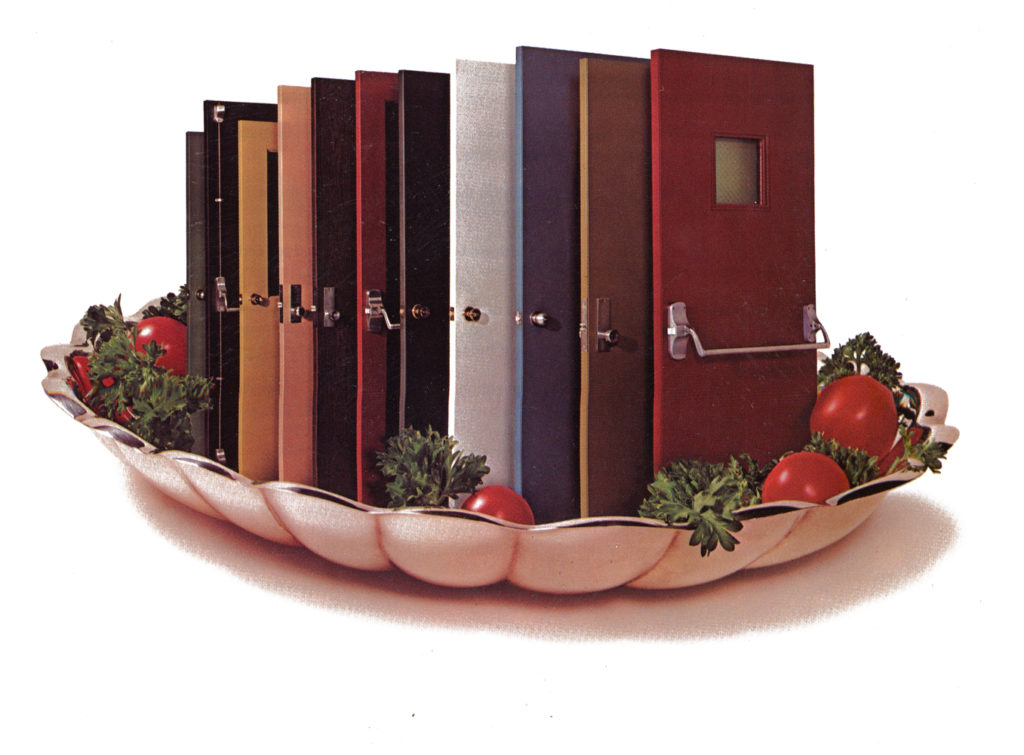 The more images discovered offline, the more a familiarity between historical and contemporary images comes into view. Archive of Affinities begins to reveal how historical the present can be and how contemporary the past can be. This affinity between images in history and images in the present points to the importance of teasing out what architects call the discipline of architecture.

The project is a never ending search for the good, the bad, and the ugly. It seeks, searches out, and scans architectural oddities, anomalies, accidents, misfits, mistakes, outtakes, follies, and rarities. 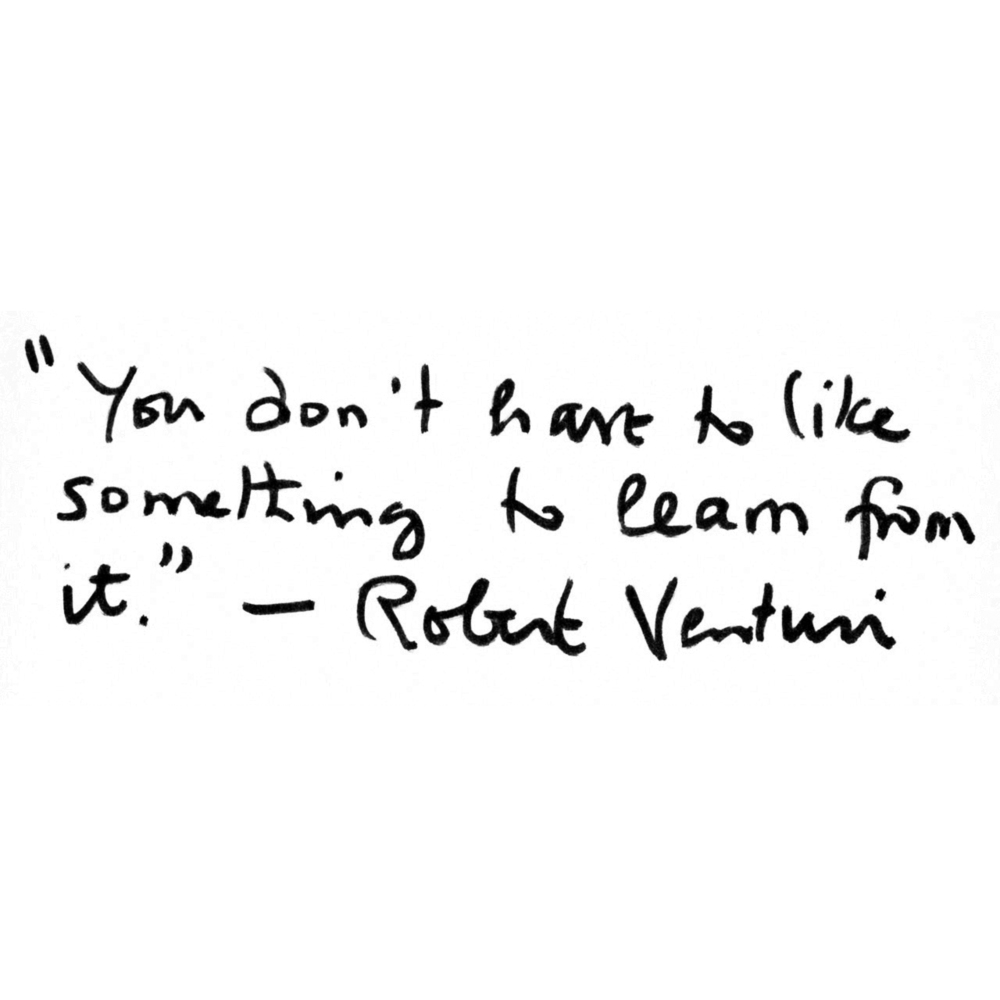 Recently, Archive of Affinities has explored an interest in advertisements for building products that appeared in American architectural magazines and journals during the late 70’s and early 80’s. During the same time period the architect Bernard Tschumi produced a canonical series of imagined “Advertisements for Architecture.” Tschumi notes, “Each was a manifesto of sorts, confronting the dissociation between the immediacy of spatial experience and analytical definition of theoretical concepts.” 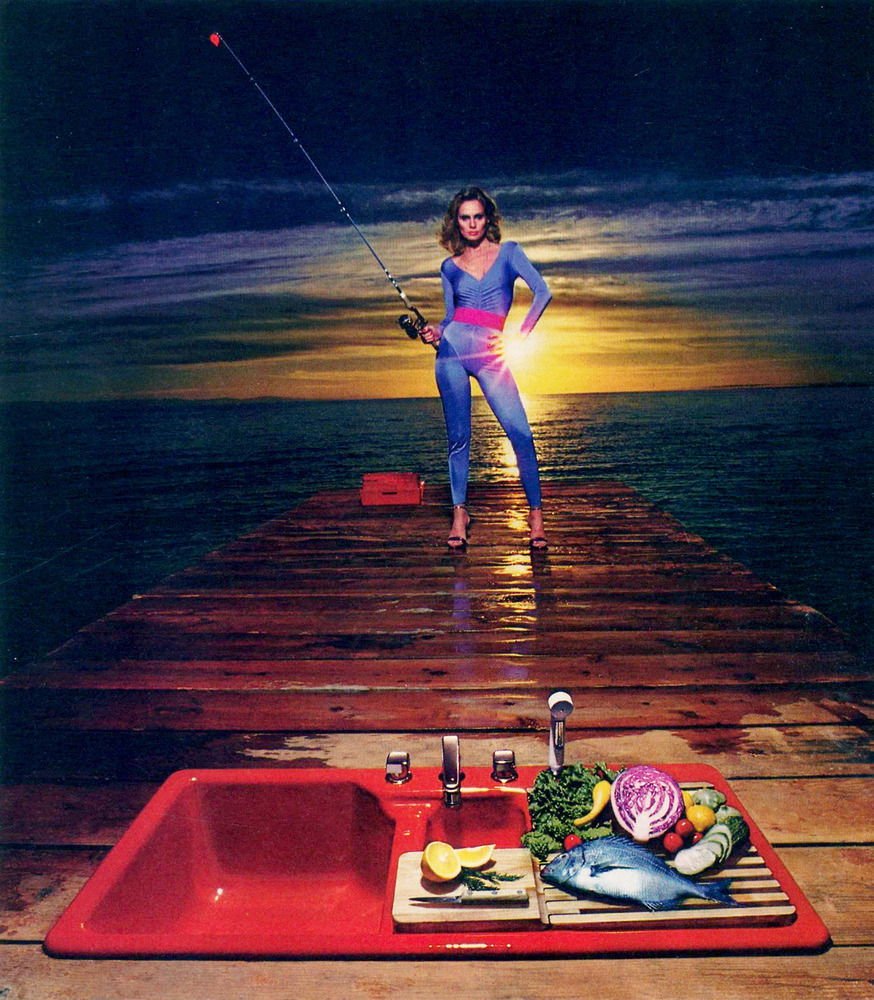 The “real” Advertisements for Architecture can be understood not only as a medium for selling products but also as an index of ideas and tropes that relate to both the practice and the discipline of architecture. They play up and even exploit binaries such as natural and artificial, inside and outside, functional and functionless, reality and fantasy, high and low, permanent and temporary, and so on. 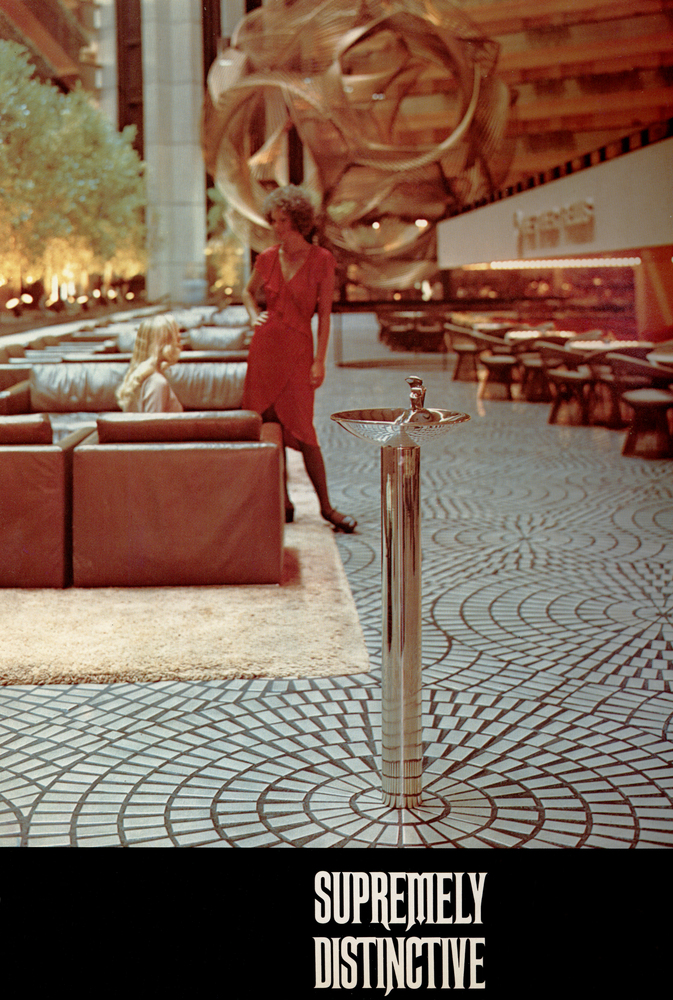 Precisely because they are real advertisements they are easily digestible, consumable and blatant in transmitting their messages. They triangulate between an academic discourse, issues that confront practice, and mass market appeal.

Archive of Affinities makes adjustments to these images in Adobe Photoshop in order to amplify the message of the advertisements. After each image is scanned from old media, the levels of the image are adjusted (the command ‘auto levels’ in Photoshop is the digital equivalent of blowing the dust off of a book), the image is cropped such that all attempts are made to conceal the company behind the product being sold, and gratuitous copy other than the central, punchy slogan is deleted. The stripped-down result, a reconstructed “real” advertisement, becomes a meditation on architecture through the process of erasure. 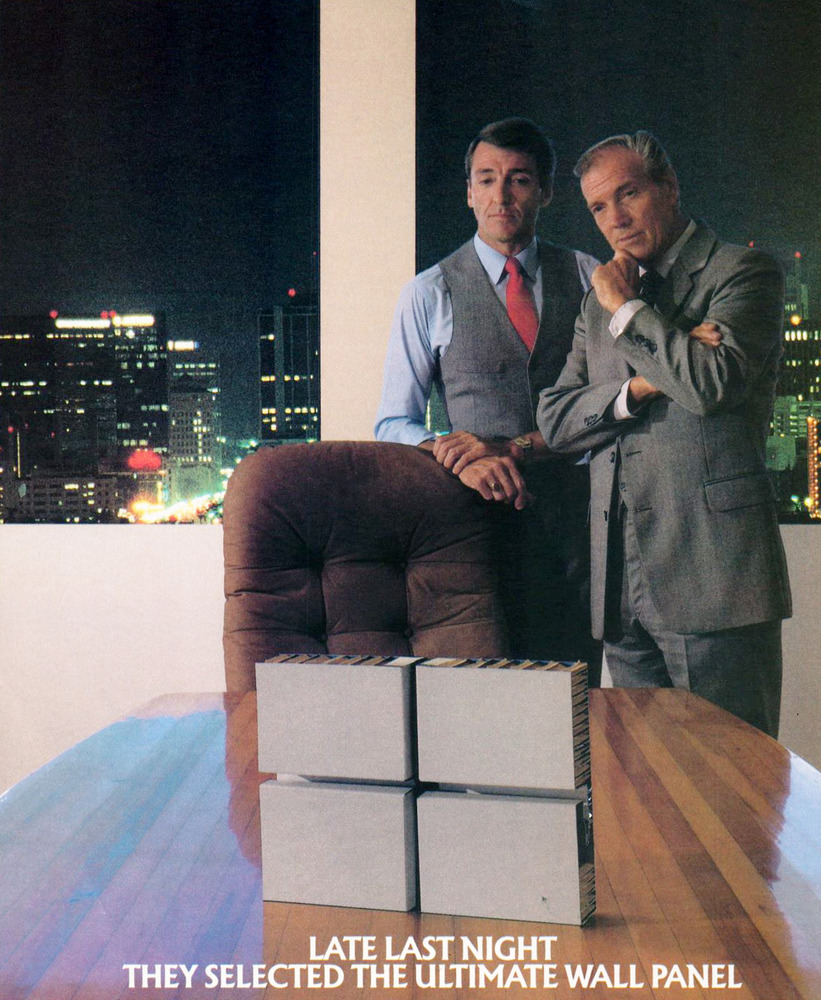 The “real” Advertisements for Architecture celebrate the quotidian against the backdrop of the monumental: for example, a water fountain standing isolated in the lobby of the atrium of John Portman’s San Francisco’s Hyatt Regency is “Supremely Distinctive”.

Need new office furniture? A do-it-yourself kit of parts can be assembled to look like Kurt Schwitters’ Merzbau! Find yourself in need of an approach that’s both contemporary and historical? This reduced gothic window in pink will do the trick! Looking for furniture that has that classic modern look? These white sofas outside James Stirling’s Neue Staatsgalerie in Stuttgart (perhaps a high end modernist yard sale?) are the sofas for you! Having difficulty specifying a door for a project? Specifications are as easy as picking food from a tray! Le Corbusier once said that “The history of architecture is the history of the struggle for light…” and these windows allow you to win that struggle! 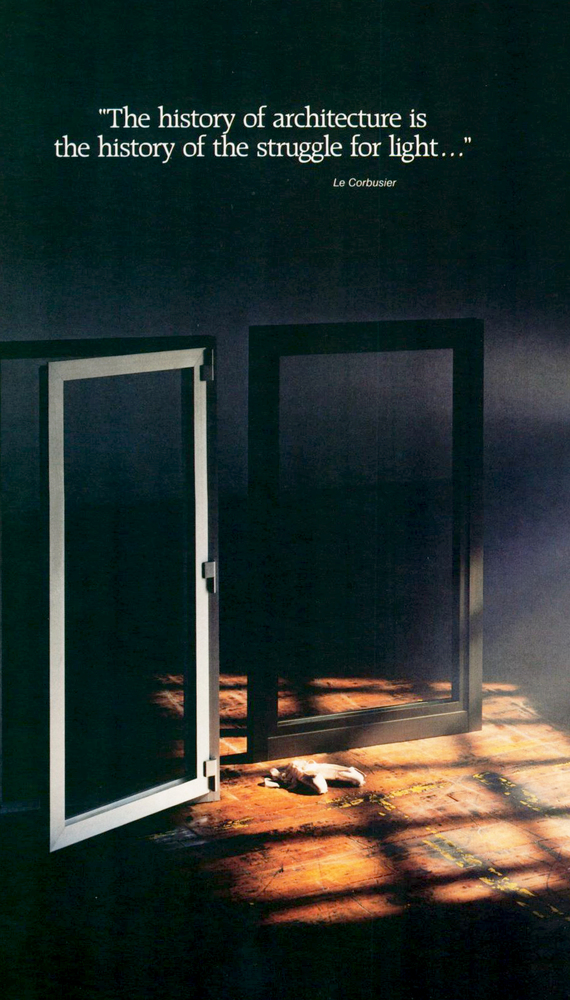 In the current, endless sea of images that we willingly allow to fill our devices, clarity and succinctness are integral to not only having a message but communicating one. At one level, the “real” Advertisements for Architecture become a case study in the production of effective messages. At another, the “real” Advertisements for Architecture engage a practical and disciplinary context and also can reach across audiences from those “in the know” to those that are not. In other words, they might become a real promotion for architecture itself.